New for 2018...Sprint Car Legend is another action-packed story based on the Best of Times series. It's a book Jimmy fans won't want to miss! 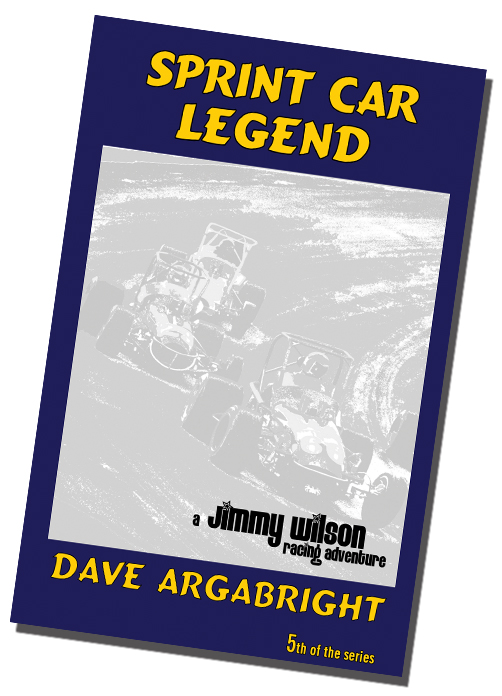 In 2005 the Best of Times series debuted in SprintCar & Midget Magazine. Since then more than 100 monthly episodes have been published, following the fictional character of Jimmy Wilson who competes in the USAC sprint car division during the famed "Thunder and Lightning" era.

Readers immediately formed a bond with Jimmy and the cast of characters that surround him. T

here have been lots of ups and downs through his eventful saga, and many memorable moments. Readers have often spoken of how the scenes come to life as they read each installment, and how they find themselves cheering for Jimmy and the Ellison sprint car team.

In 2011 work began on adapting the monthly episodes into book form. Sprint Car Salvation was the first of the series, followed by Fast and Fearless, Sprint Car Showdown, and the latest volume: Sprint Car Challenge. Each book is a complete "season" in Jimmy's world, and they are adapted in a way that a new reader can pick up any volume and be able to follow along.

These highly-acclaimed books have provided hours of enjoyment to our readers. It is our wish that Jimmy and his friends provide you with an exciting and enjoyable escape into the action-packed world of racing and the unique characters who make it special.

Come join us in Jimmy's world!